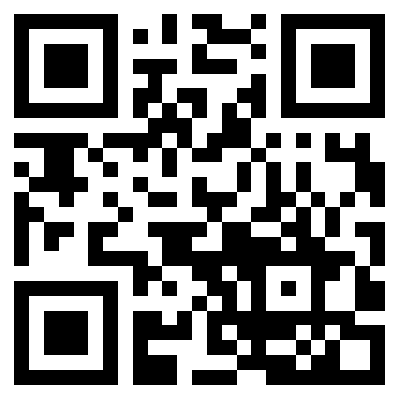 Animals in Classrooms – where my anthrozoological interest started

Looking back at some of my older work, I noticed that Anthrozoology has had an impact on my work and my interests since it was introduced to me during my undergrad by Dr Jacqui Boyd, Nottingham Trent University. I have included some of the mini social experiments I played with during my teacher training months. Hilarious to look back on, but a great ‘blast from the past’ to remind me not only why animals in education are important to me, but what I was able to get away with as a trainee teacher!

I did my own research and social experiments, which I will discuss below.

Upon quizzing my animal care students on how much they like the animals here at the farm, I got the responses I expected, which almost start to touch on anthozoological ideology.

”We learn from actually doing it and seeing it rather than looking in a book.” ”It’s real life experience.” ”[The animals] keep us company.” ”My mum says stroking a dog is ‘reet’ comforting.” ”I enjoy being around animals – but it depends on what animal it is” ”A good idea to help students learn better.” ”Practical is better than academic.” ”We can see how stuff’s done.” ”Absolutely paramount to our education.” ”You can’t understand behaviour and handling from a book.” ”Well not everyone has access to animals at home, and definitely not to things like bulls and snakes.” ”It’s therapeutic isn’t it, being around them all the time.” ”I get like a positive reaction back from them when I do things with them.” ”It’s really satisfying to see them get better with our care like metabolic bone disease.”

Which animals do you prefer to interact with?

”Horses, dogs, goats, cows and ponies.” ”Ponies!” ”The fish. It’s a bit more like sciencey with water testing and they look nice” ”I know they are a bit mad but I love the Alpacas – they’re fun and different.” ”The sugar glider is amazing.” ”I’d love it if we had horses here, like proper ones not those tiny fluffy things [Miniature Shetland].”

”It gives school kids an idea about what they want to do.” ”It can teach them about what relates to them, like about where meat and leather comes from.” ”I bet primary school kids would love it.” ”It’s enrichment for people, like fun and exciting.” ”Just because you don’t want to work with them, it doesn’t mean you don’t want to learn about them.” ”Teaches kids how to look after their pets properly. Maybe they won’t abuse them then.” ”It can get little kids understanding about proper looking after their animals.” ”Everyone would have a better understanding which will help all animals as a whole.”

I can see that the students can identify obvious benefits to their own education, including some AAI related positive effects. They can easily see why live animals are vital to learning on an animal care course, and struggle when considering AAE benefits to non-animal care students. The points they did identify, are directly related to them learning about the animals. While getting non-animal learners (NAL) to understand about agriculture and food/ clothing sources is along the right lines, no one has yet suggested that animals may indirectly benefit non-animal topics (NAT).

It is transparently clear that, even with animal based students (ABS), there are particular species that create positive emotions and ones that are probably not ideal for use in AAE. Dogs will always be the best option for AAE given their familiar demeanor. Your large, familiar animals (horses, ponies, alpacas) are a safe, but different option to interact with. Fish are an interesting option, especially considering they play a part in doctors surgeries and dentist receptions, for example, but not surprising. The exotics, or less familiar animals such as the sugar glider and the hedgehog are still traditionally ‘cute’ animals, which do not elicit a negative response like snakes or spiders.

From this I can see clearly which species I need to be looking at when considering implementing my own AAE strategies. While dogs are the obvious choice, but it would be great to use larger animals or more appealing novelty animals as well, such as the ponies, sugar gliders or alpacas. I do need to, however, further investigate HAIs in students to build up an idea of how they can benefit them academically.

Today I released a 45kg male rottweiler into the Farm College library to see how the learners would react.

Skip belongs to one of my colleagues who kindly let me borrow him for my HAI experiment. He’s the definition of a sweetheart, but traditionally a menacing and intimidating breed. Initially, I had a colleague who works in the library and knows all the learners well to ensure there was no one allergic to or frightened of dogs.

I took Skip off his lead, and opened the door. He coyly wandered in and immediately popped over to my colleague who he recognised for a massive fuss. Some learners realised he was in the room and flocked over to also make a fuss. Skip eventually worked the room and eventually flopped down next to a level 3 learner happy to have one hand on  her book and the other on him.

1. Skip created positive responses from all learners in the room

Everyone was pleased to see a dog in the library. It was a novelty and a treat, as dogs are not normally allowed inside rooms on campus other than the grooming room. Everyone smiled and commented on how nice it was to see Skip, and he was happy to work the room and visit open hands which to him are an invite to be fussed.

Even though initially Skip was a major distraction, it did not take long for everyone to settle back down to work. After the slight disruption as learners wanted to engage and interact with skip, they were happy to do so while also doing their work. Once Skip had taken a spot under the hands of a few students working away on laptops, the room was calm again. So despite Skip being a novelty addition to the room, work was not disrupted, and I like to think that the learners enjoyed his presence in the library.

I can see a few issues with getting animals in classrooms.

Firstly, I would have the learner group analysed to ensure there are no allergies, fears or phobias present. I would also present the idea to the group and ask for individual anonymous feedback to ensure everyone would be comfortable with trialing an AIC session. I would happily risk asses the animal myself, and have the assessment approvied by the HSE, and would only be selecting an animal I feel fit for the role, such as my own therapy PAT dog. The animal will have to be fully house trained, with his/ her own space in the room with a bed or blanket and a small water bowl only, out the way of walking space.

The animal will have to be healthy and up to date with all vaccinations and parasite treatments. The animal will be fully trained and fully controllable.

The animal will be proven to be comfortable around large groups and tested for aggression, fear and dominance if applicable. The animal will also need regular access to a ‘bathroom’ area, food when appropriate and have a competent and knowledgeable handler, such as the teacher his or herself. There should also be a timeout area available which is quiet and comfortable i.e. a kennel or office to ensure the animal gets a break from the classroom.

When choosing species, I immediately disregarded all reptiles, exotics and large animals. I was not prepared to use any animal that might make a learner uncomfortable, such as the exotic reptiles or arthropods. They would also require a lot of specialist equipment.

I disregarded the large animals because it would not be practical or safe having them in a classroom environment, especially at my placement where classroom size is already limited.

Any animal which requires specialist equipment has been disregarded, aside from the hedgehog as they get a particularly positive response during practicals. Tortoises, aquatics and terrapins are not ‘novelty’ or ‘popular’ enough to get the desired response, despite fish being a proven calming presence in some situations.

Owls, quail and chickens are noisy, messy and require very specific accommodation requirements not available in a classroom environment and they cannot be handled casually.

The polecat, while lovely and interactive, has a very pungent stench, and has known to be nippy without warning. Each bite will require a tetanus and a huge amount of paperwork; he is not worth the risk.

Any small rodents other than the hamsters are not novelty enough, and mostly are not available for handling. The rats and mice are not popular, and I wouldn’t want anyone uncomfortable in their presence. The degus, chinchillas, gerbils etc, are also not the best animals for handling and will get stressed with too much interaction. Plus, most of them sleep all day

The species I have selected seem to be the best options.

Of the given species, Dogs, both large and small, and giant house rabbits came out on top. The other animals ‘cons’ outweigh their ‘pros’ so will be disregarded from this point.

The giant rabbit would prove a good idea as they are less threatening than dogs. They do however, get bored and are a chewing risk. They will also be harder to train, are far more uncontrollable and will not be as relaxed in an unfamiliar setting as a dog.

The smaller dogs, while proving a better idea than a rabbit, have faults of their own. They may be at risk if they stand under learners feet and above all, will be a temptation to pick up. This is a distraction, and can cause ‘favoritism’ if they start to sit and interact with the same learners. With larger dogs, they will be able to move freely and will often work the room. They are less of a distraction, and if a calm and clever breed is chosen, will be completely controllable and happy to spend a lot of time around the learners.

Observations and Ethograms – what DO animals do all day?